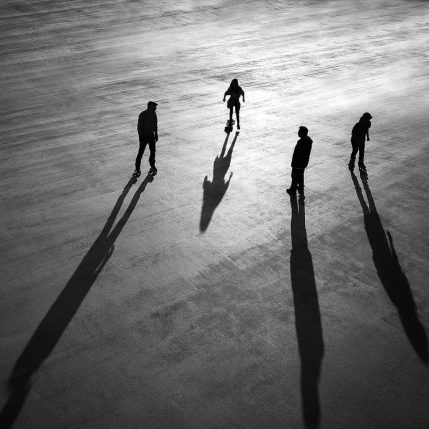 This is how my life plays out many times a day – events, words and meetings collide, constantly revealing deeper meanings to me. Another name for these deeper meanings, or synchronicities, are my beloved dots that I keep adding to my map of life. The map has been taking on some strange anomalies lately. Mmmm…  And I can never in this life time know whether I am holding it the right way up or not. The risk of free will.

My pug has colitis, and it is my fault, a mistake I could feel myself making at the time because I gave him the tip of the chicken wing when I knew it nearly killed my Oscar pug many years ago. I look always at why I walk myself into difficult situations knowingly, and sometimes I come up with answer. He is slowly healing, and I have to live with his pain – a good lesson for me in so many ways. Our other dog Zac, the island special, has mostly been patient with Kito’s unwillingness to join his games, but recently he has been attempting to herd him, and growling at him. This morning, when I had finished explaining my current shadow sense on life, and why he shouldn’t worry because the green trees and blue sky still look beautiful to me, I told Peter that in nature animals and particularly wolves and their wild descendants will hide their injuries and illnesses as long as they can from the pack, because if discovered the pack will attack them and possibly even kill them. This is because the pack’s welfare, (interesting – the good of all) depends on the health of all its members (or would this have more to do with getting herd immunity).

So, imagine my surprise (not) when I open an article, as always reached by diving into a wormhole, on reading the following:

“…This is intensified within the prison, where, if you get a death notice like one of the characters Kiki did, that his sister died, you cannot show any emotion that will invite people to take advantage of you. That emotion, for Kiki, was sadness. If you show sadness, you start crying, people will see that you’re vulnerable and will try to take advantage of you.”

I chose to find out more about James McCleary and his documentary, The Work, made by his son, because I happened to open a short video put up by Russell Brand on what he had learnt this week. And the reason for my interest was remembering my time of working in the education department of a high security men’s prison in the UK. I have never enjoyed work more than I did this, although working in a children’s home as a twenty-year-old comes close. At the time that I worked in the prison Elle, my daughter who died in 2016, was about 12 months old and her sister was seven. I was a young woman with no skills or tertiary education in any subject, never mind psychology, and not in a position to know how to help them. (The lady in charge of the education department saw something in my application that made her override the need for further qualifications.) I started by teaching cooking (not my greatest talent), then went on to art and literacy, and finally I developed my own life skills course which seemed to achieve results on the ‘opening up to discuss issues’ front. I look back and know that while I was well meaning and with good instincts, I was never the less out of my depth.  But the compassion I felt for the men, as opposed to pity and hence judgment, has been where I felt any success in supporting them lay. I have never forgotten one of their life stories. I am considered by some as illusional, delusional even, for my unusual take on people, life, spirit and the universe, and at times I have had to work hard to see my own relevance, but I have always had my main champions, my daughters and my husband, who I trust when they tell me that I am sane.

I look forward to watching this documentary. I hope that I can find it. I have always felt that there are ways to heal and help damaged and traumatised children and people but not the way we have been going about it in the past and in the main.

“…At first, it was a writing program. Patrick didn’t know anything about modern psychology at that point, but he knew that men had been sitting in circles for the last hundred thousand years around a fire talking. He said that he could at least do that. That’s what he did. He invited men to start talking. That’s what they did.”

What comes out of this article for me is the need, for those of us who are injured, to meet with a supporter on equal ground, as opposed to doctor/patient, psychologist/victim, psychiatrist/perpetrator or any hierarchical or judgmental paradigm because it will be met with resistance, and resistance prevents change. What Jung calls the ‘warrior archetype’ perhaps in action? ‘Who do you think you are to try to cross my boundaries, Mr Therapist?’ It is acknowledgement that is the key to open anyone up to a difficult conversation, and that can begin the act of self-healing.

“…It’s a general blanket term for all of the messy stuff that happens in a person’s life that they try to reframe so that they can behave differently. To put it in a box of group therapy sells it short. It really is empathy and compassion. It’s an impromptu session based off the strength of the truth that you tell. That connects with the person sitting next to you and the people in the circle. They’re throwing out whatever works, whatever they’ve experienced in the moment to try and help the individual that seems to be in the center, that is feeling whatever they’re feeling.”

While this article is about specifically helping men to find a way back into their hearts (also known as their anima), and learning to be kind and gentle with themselves and all that that entails, I don’t see that it precludes women from finding positive results in their relationships and lives through a similar construct, although there might well be some smaller variables. The following quote could easily be said for a woman or a mother who opens herself up to the scrutiny of others, and especially to her children or partner. And I disagree with anyone who says that he/she opens themselves at their own peril, but obviously there is one necessary precondition, the authenticity of the intent for opening oneself up.

“…My dad really opened himself up to scrutiny. That’s why he’s the biggest hero I have, because in that moment, his identity as a stern father figure crumbled and he invited us to criticize him. He said, “Are there things that I’m doing that are hurting our relationship? There are so many mistakes I have made. What are the mistakes that you think I’ve made? How can I be better?” He started doing that.”

I would love to have known as a young mother what life has finally taught me, but perhaps that is as is meant to be, but are the young willing to learn from our otherwise lost wisdom, as they used to in times past, sitting around in the shade of the great mother trees, with their children playing at their feet, while men sat around the fires at night having kept alert all day to keep their families and tribe safe from all dangers.

Jairus McCleary on ‘The Work,’ His Father, and the Hard Truth That Pain is Pain

PS. Carl Jung, the father of Synchronicity, again plays a role in this particular process of healing, and almost personally turns up inside this particular collision of events for me today.

PPS. The following are the four main archetypes that are deeply imbedded in all mythologies, and have been present through to the present – they are the king/queen, the warrior, the lover and the magician – but it is Jung who is considered to have developed them into identifiable and useable types into determining how all behave, and who is responsible for assigning emotions he describes as gateways into their psyches. They are as identifiable in communities and nations as in the individual, and probably equally in many of our systems, although I may have taken some liberties here.

Anger, and its opposite serenity, is the gateway into the warrior, and is about holding boundaries

Joy or despair is the gateway into the sovereign, the king/queen

Fear or calmness, serenity, is the gateway into the magician

I can’t help noting how fear and the magician who, in his mischief and magic, turns things upside down, and fear ensues. Sounds familiar to me in this crisis of a virus.

5 thoughts on “Love in the Time of Long Shadows”